Financial analyst and political activist Bernard Stringer is a lifelong advocate of educational empowerment as an instrument for change. A political activist since his student days, he became a member of the nation’s first Black Student Union at San Francisco State College in 1968, and participated in the movement that led to the founding of the first Black Studies Department and School of Ethnic Studies in the country. He received the college’s first Bachelor’s degree in Black Studies in 1970. He later earned a Master’s Degree in Business Management from Golden Gate University in 1980. He has worked as a college classroom teacher, youth counselor, and program planner, and recently retired as an inventory manager/financial analyst for the City of Atlanta. Born in Bogalusa, Louisiana, he grew up in Fresno, California, and was a football player in high school and college. He remains dedicated to the principle of empowerment through education and training, and often speaks to youth groups on the subject. He is presently working on a book about his life and the student activist period of the 1960s. He lives in Atlanta. 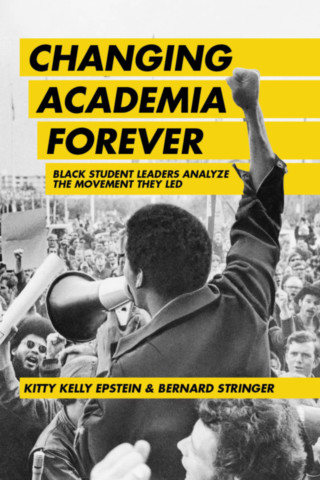 Changing Academia Forever
Black Student Leaders Analyze the Movement They Led
Kitty Kelly Epstein and Bernard Stringer
The most effective and long-lasting student strike in U.S. History took place at San Francisco State College in 1968. The first Black Student Union, the first Black Studies Department, the only College of Ethnic Studies, and the admission of thousands of students of color resulted from this four-and-a-half-month strike which shut down 80% of the campus. It has been called the movement which “changed academia forever.”

Black students were only a small percentage of those on campus, but they managed to engage thousands of white, Latino, Asian, and indigenous students; SDS and the Third World Liberation Front; the faculty union; and a huge portion of the San Francisco Community. In the end, they were able to win most of their 15 demands.